World War 2 : A Child's Eye View from the Home Front

This topic is cross-curricular covering literacy, history and geography.

We will begin by discovering the events that led to the outbreak of the Second World War, place events on a timeline and understand the chronology of the war.  We will learn about the threat of German invasion in the Summer of 1940 and how this led to the Battle of Britain that raged over the coast of England between July and October of that year.

What would it have been like to be an evacuee during World War 2?

Learn the reasons why evacuation happened during WW2 and where children were sent to live. Discover what children were told to pack and how they prepared for life as an evacuee. Explore their experiences during their evacuation and their return.

Gain a good understanding of how the rationing of food, the need to Dig for Victory and the directive to 'make do and mend' impacted on children and their families during World War 2.

Learn about the reasons for rationing and the make do and mend culture promoted during the war.

Learn about the significance of the D-Day landings and the events leading up to the end of the war. Write coded messages and make a World War 2 final timeline display.

The Literacy Texts we will be looking at:

This half term our focus text will be 'Fantastic Mr Fox' by Roald Dahl. 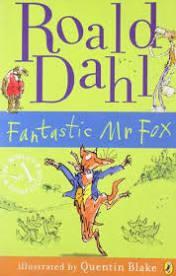 It was first published in 1974 and tells the story of Mr Fox. When Mr. Fox needs to feed his family, he usually just raids the storehouses of one of his terribly mean neighbors. When his neighbors finally get fed up with Mr. Fox stealing their chickens, ducks, geese, and turkeys, they decide that Mr. Fox, and anyone who happens to be in the way, must be destroyed. But no matter what they do, how much they obsess, or how much damage they do, clever Mr. Fox seems to be able to stay one step ahead.